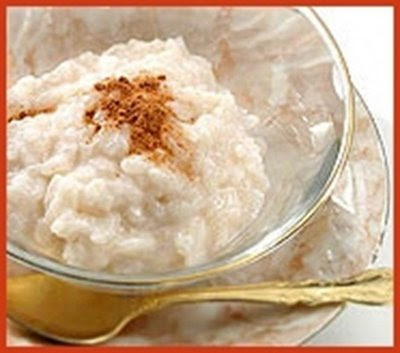 "Arroz con leche" means rice with milk and it is a very common dessert in Mexico. It is easy to prepare and very inexpensive.

Ingredients:
Preparation:
It will make 4 big servings and you could eat it warm or cold. I like it warm but all my family like it cold (try it both ways and decide which one you like it more) . It could be decorated with raisins on top or with a cinnamon stick.
Posted by Myhaus at 1:06 AM